A Classic Returns: A Look Back on TRL As We Knew It

Something happened this week that we never thought we’d ever witness in our lifetime: TRL has returned to MTV. While it’s no secret that this modern-day version of MTV’s most iconic music video countdown show is way different than the original, it still made us incredibly excited to see how far it has all come…. More »

Over the years,   MTV has been a hub for everything from music videos to its own award shows, but there is no denying their ’90s programming was pure perfection. A mix of funny, fan friendly, and instant access to the inner workings of celebrity lives, it’s never been the same (or as good) since. With this decade recently… More »

Today is the day! The 2014 MTV Video Music Awards air tonight, and like every year, I am buzzing with excitement! This is the night…

Nostalgia To The Max: 1998 Playlist

1998 was the year it all started to happen. TRL made it’s big debut, NSYNC wanted us back, the Backstreet Boys were intent on telling us…

Ahhh, 1999! The year pop princesses Britney Spears and Christina Aguilera made their big debuts! TRL was a year old, Mandy Moore gave us toothaches, that damn…

Our favorite host with the most, Carson Daly, has joined The Today Show family! Carson will be the host of the new Orange Room digital space, where fans of NBC’s Today…

Karmin released the video to their song “Acapella” last week and I adore it! For a while there I actually felt like I was…

Carson Daly Turns 40! Happy Birthday To The Host With The Most!

NBC’s The Voice host, Carson Daly, turns 40 today! Wait a minute..what? Where did all that time go and how did…

I literally listen to music 24-7 and am a huge fan of music videos…HELLO TRL COME BACK!!!!

Former soulDecision Singer Makes His Mark In The EDM Scene

If you were an MTV/TRL junkie back in the day like I was, then you might remember Trevor Guthrie, the lead singer of the band soulDecision. Allow me to refresh your memory:

Wiz Khalifa is a name that pretty much everyone seems to know these days. I have known of him for a while now, but many of you probably know him from his very successful song ‘Black And Yellow’. He has worked with many well known artists in the hip hop industry like Big Sean, Snoop… More »

Ok I normally don’t post anything like this but this is a very happy occasion and I’m just so excited for these two!

Host of The Voice, Carson Daly, and…

I can’t believe it’s been 11 years since the passing of Aaliyah. I remember watching her videos on MTV and wanting to dance like her. It all feels like…

And finally I arrived to talk about one of the most excited year of my whole life: 2010.

Definitely that year has been full of surprises and awesome… 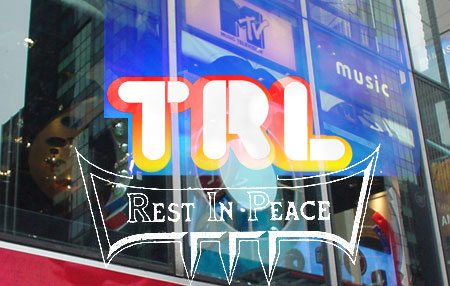 Flashback Friday: 8 MTV Shows That Need To Come Back

Before the days of Jersey Shore and Teen Mom, MTV was actually about the music half the time, while the other half was pretty awesome show programming! With Beavis and…