I’d like seize this opportunity to break up your timelines between photo fliers and fandom gifs with some good old fashioned written text. If I happen to have grabbed…

If you know me, you know I am a fan of the knee scarf. I bet all of you are thinking “BUT HOW DOES HE DO IT?” I…

In this episode which is the 2nd of 3, me and Brian Logan Dales touch upon some pretty great Instagram related topics and photos. You get to see…

In this episode which is the first of three, me and Brian Logan Dales touch upon some pretty great Instagram…

So here I am.  Freshly donning my new “Buzzmaker” cap, turned slightly sideways with the tag still attached.  Its a pleasure to be approached by Buzznet, asking me to be a regular contributor…

It’s been a pleasure growing up over the years seeing William Beckett as the front man for The Academy Is when they opened up for Fall Out Boy to rocking crowd surfers at The Vans Warped Tour, but seeing him as a solo man with an acoustic guitar and a Macbook as his band, is… More » 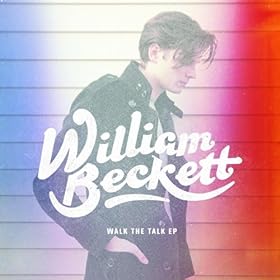 Alternative Christmas Playlist: Songs For Those Who Can’t Face The Holidays

Christmas. “It’s the most wonderful time of the year” according to the song it is, but not everyone feels like making snow-angels for two hours, ice-skating, eating a whole roll of Tollhouse Cookie-dough as fast…

Adam Siska Announces He is Joining Say Anything

With the recent break-up of The Academy Is…, we were left wondering what the future held for the former band members.

Well, now we have at least one answer: bassist Adam Siska has announced he is…

Avenged Sevenfold Is Crazy, But Not Alone

Avenged Sevefold has released the video for their song “Nightmares.”  And I’m not sure what I was expecting…wait, scratch that.  I wasn’t really expecting anything because I’m generally not an A7X fan.  I mean, just…

my own crazy careers

so the crazy careers series has been so much fun to shoot.  i’ve interviewed some of the coolest people with the most interesting jobs and figured it was about time for me to share some of…