No words are needed for this…Justin Timberlake has and will continue to be one of the most talented and incredible artists.

Here is his performance and speech from the 2013 Video Music Awards!

Ok here is a fun fact you ALL KNOW already: I love anything Leo Dicaprio…he is well…perfect.

So moving on. I came across this amazzzzing post which you can see HERE! Which then led…

I want to share with you guys an organization that my whole family and I are supporters of. I know it’s very nostalgic to think of romantic carraige rides through Central Park in…

Reasons Why We Love Katelyn Tarver

Today is the glorious day of November 2nd. You may ask what makes today glorious? Well, today is Katelyn Tarver‘s 23rd birthday! We are so excited for all her success, and we hope she was a wonderful birthday. In honor of Katelyn, we made a gallery of 23 adorable photos of her, and a list… More »

Everyone could use a little more fun in their lives, right?

In their new video,  Fun. shows us how they manage to relax and carry on with their days, even with hectic schedules…

Have you ever had that one band that completely changed your life? For me, that band is Garbage. I never expected to get tickets for this show. I must of been waiting on Ticketmaster for over 20 minutes and then I finally got them! I literally screamed “I LOVE MY LIFE” like a noob. To… More »

Check out all the pics about the rumored X Factor announcement in New York City that will have Britney Spears as judge in the new edition of the talent show… 5:00 PM EST BritneySpears.com posted an official press release confirming Brit Brit is an X Factor judge! “I’m absolutely delighted Britney and Demi are joining… More »

This is what is appeared on BreatheHeavy.com website tonight…

Rumor has it Britney landed in New York City on Sunday. One fan Tweeted:

This week’s instagram was full of lots of yummy meals, behid the scenes editorial shots, waffle the kitty and traveling around in NYC! LAST WEEKS INSTAGRAM DIARY

Yes folks, Kim Kardashian and Kanye West are reportedly dating! That sh*t cray or what? Although neither have officially confirmed it, there is a lot of proof! I can’t say I’m…

This week I’d like to talk about the AMAZING, outlandish fashion in one of my all time favorite films, PARTY MONSTER! This particular film has a very special place in my heart because I used to work for one of the former Club Kids, Richie Rich of Heatherette…If you aren’t sure what a Club Kid… More »

I am super excited to share with you some of these amazing photos from SGC N-Y-C‘s Fall 2011 collection! It’s filled with cool, edgy and confortable fall essentials. The collection screams grunge, featuring amazing pieces such as sweaters, ultra feminine tanks, crop tops, shorts and skinny jeans…Congratulations SGC N-Y-C, you are awesome! Check out the… More »

He’s an Academy Award-nominated actor, animal lover, musician, and… crime fighter? Is there anything he can’t do?! Reason number 48645986742757942 to love Ryan Gosling: the Crazy, Stupid, Love actor… 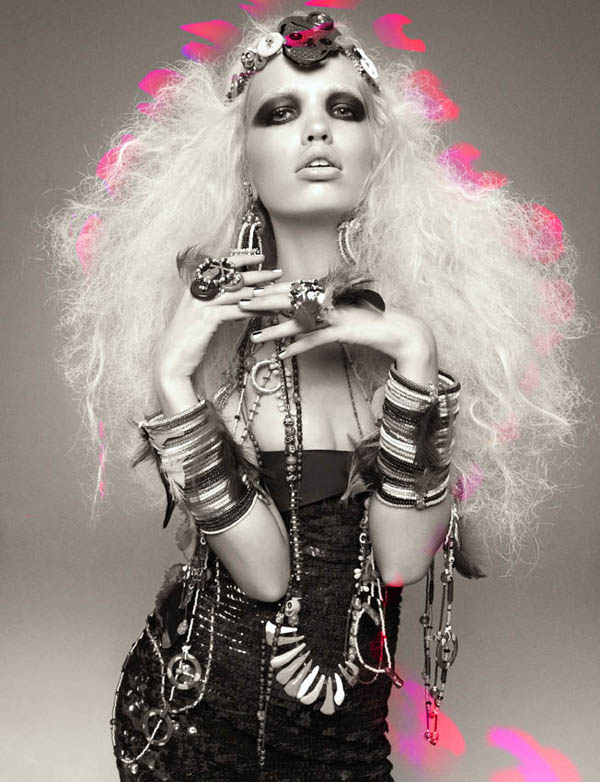 Rainbow braids and headwraps. Im currently in Philly planning out the rest of year while feeling slightly bumed at the fact im missing the Vans…

Snake in the City!

A 20-inch Egyptian cobra has escaped at the Bronx Zoo.  Officials have closed down the reptile house to search for it, and have said they are “confident” that the snake is, in fact, still…

Betsey Johnson’s Fall 2011 fashion show during Mercedes-Benz Fashion Week looked killer!! It was actually two shows in one. The funky collections were themed “He Loves Me/He Loves Me Not.”  The higher end, more sophisticated…

Who Wore it Best?

As John Lennon and his wife Yoko Ono stepped from a limousine and into the archway of the Dakota apartment building Mark David Chapman 25 of Honolulu, called out, “Mr.Lennon?” then went…