Today’s Youtube Evolution is on one of my fave ladies, Cassadee Pope!

You may recognize her from her former band Hey Monday and more recently as the lovely talent who won on The Voice!

Go Behind The Scenes In The Studio With Cassadee Pope

Spring has sprung and it’s time for us to go awww at one of the cutest couples we know. Today we honor our very own Cassadee Pope and Rian Dawson of All Time Low. They’re adorable, so in love and their relationship pretty much elected them king and queen of Buzznet. Thanks Cassadee and Rian… More »

Cee-Lo Green To Manage Juliet Simms Beyond ‘The Voice’

Cassadee Pope, the former front woman of Hey Monday, has broken away on her own and released a self-titled EP yesterday. The four tracks EP features Cassadee’s voice singing some… 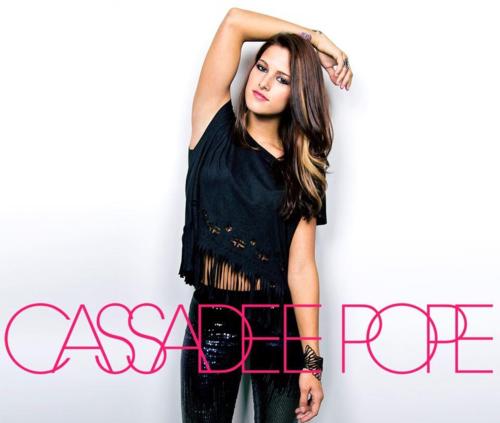 Were you excited by yesterday’s news that Paramore‘s Hayley Williams is set to feature on mewithoutYou‘s new album? Well here’s some more good news seeing…

Now that Hey Monday are on a ‘break’, other members are left with plenty of time to pursue other projects. Guitarist Mike Gentile will play in a new…

The lovely and talented Cassadee Pope is preparing to head out on her first solo tour, kicking off in Anaheim, CA today! Cassadee is not stranger to the touring lifestyle, so Buzznet wanted to find out exactly what…

Hey Monday’s guitarist Mike Gentile has followed on from vocalist Cassadee Pope’s announcement and announced his own plans to keep busy during the band’s “downtime”. While Cassadee…

Cassadee Pope of Hey Monday has taken to her Facebook page to announce a solo acoustic tour AND to clear up the status of Hey Monday as a band.

Hey Monday’s Cassadee Pope took to her Facebook page today to reveal the album artwork for the band’s Christmas EP! She posted the photo simply saying, “That was fast! Here you go. The Hey Monday Christmas EP art as promised :)” You can hear a sample of what the album will sound like on her… More »

Another day, another album release anniversary. Today it’s the turn of Hey Monday’s debut album “Hold On Tight” which dropped 3 years today. Since then they’ve lost two members (and gained one) as well as…

For those of you who don’t know Cassadee Pope, lead singer of the Alternative band Hey Monday, you should really check her out. Not only does she have an awesome… Covering songs seems to be such a ~sensitive~ venture these days–that or we’re just extra-chapped from that whole Miley Cyrus covering Nirvana bit.

Well, here’s another cover the internet is raging out over–<a…

Hey Monday at House of Blues in Vegas

Hey Monday open for Yellowcard and All Time Low as part of the Dirty Work tour! I don’t love how they came out but whateverrr

Due to extenuating circumstances, I will be unable to attend the LA, Vegas and Anaheim shows coming up in the next two weeks. Rather than letting three tickets sit in…