Moon Children, I wanna take a minute and thank you for all your love and support over the years. To show my gratitude, I have teamed up with friends at Let’s rage to give away tons of epic sweaters and shirts all month of October. If you haven’t followed my facebook yet, do it now… More »

And The Winner Is….Danielle Bradbery Wins Season 4 of The Voice!

Sixteen year old Texas native, Danielle Bradbery, was crowned the winner of season four of NBC’s The Voice last night. Tears (and confetti) came pouring down at the announcement of Team…

Dani Vitale Dances For The Swon Brothers On The Voice!

Helloo Buzzies, I hope you had an amazing week! I wanted to do this week’s Youtube Evolution on a band that you may know called Artist Vs Poet! I have known of this…

Get Inspired: Exclusive Interview With ‘The Voice’ Finalist Jamar Rogers

Life can be a rollercoaster. You have your ups and you have your downs that make you feel like nothing is worth it. The reason this happens is because life is testing you, it is…

Calling All Dancers! Dance Upon A Dream Worldwide Competition Is Here!

I am so thrilled, excited, and dying with happiness that my darling friend Emily Loftiss helped me gain a spot on superstar dancer/choreographer Joshua Horner’s newest venture. Why? Because it’s freaking radical. AHHHHHHHHHHHHH!!!!!!

American Idol has survived the past 11 seasons with contestant after contestant and a number of celebrity judges! From Paula Abdul to Ellen DeGeneres to Simon Cowell, there have been a handful of celeb judge exits from the show in its history. With Steven Tyler officially out as of today and Jennifer Lopez rumored to… More »

Why You Should Watch Internet Icon

As I’ve said in past blogs, I love getting on Youtube. One of my favorite things to do on Youtube is to watch original Youtube series. You are probably thinking “A show…

Christina Aguilera had a lot to say to paparazzi while leaving dinner in Hollywood about competing against Britney this fall on their singing shows. Check it out!

Whoa! Winning Look From ‘Fashion Star’ Sells Out In One Hour!

Last night, a new Project Runway-esque reality show, Fashion Star, premiered last night and it may actually give its fashion predecessor a good run for their money. The new fashion reality show features 11 designer-wannnabes showcasing their designs on the runway in front of three famous mentors and actual store buyers. Here’s what makes this… More »

Last week word on the street was that Lindsay Lohan was on the forefront of lucky ladies in talks to play silver screen icon Elizabeth Taylor. Despite…

Text Your Questions and Money Will Be Donated To Wildlife Warriors! 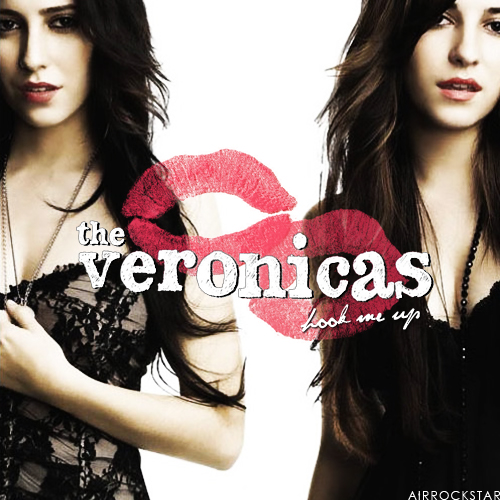 Message from Jess & Lisa of The Veronicas —

Text us your questions about Australia and weâ€™ll keep track of how many texts we get. If we get 2,000 texts from you guys over…