In October I was honored to interview Yöri for my Neoweltschmerz blog. But today I thought about let you know about this unique singer. Don’t wait and check out this interview 🙂 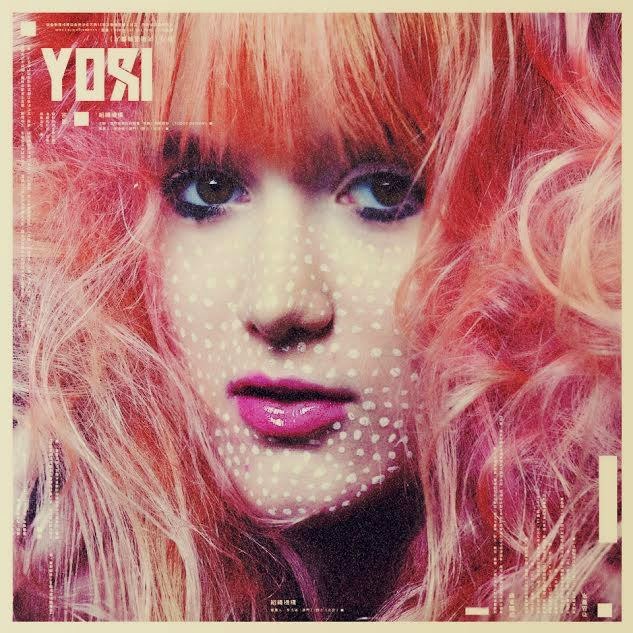 Yöri is a beautiful and talented baroque pop, trip-hop and electronic singer. She has an unearhly style and she is an incredible inspiration to us.

When and where did your experience in music start? I’ve been singing since before I could talk. I had trouble developing proper language skills so I would just sing instead. I couldn’t speak properly until I was like, 2 or 3 so I had my own language. Now I speak 4. During my childhood I sang at countless choirs which I really enjoyed. Once I moved to the states, I started singing in psychedelic/folk style of bands, which are the complete opposite of what I do now. I also would sometimes sneak into hotels and convince the people to let me sing Jazz, it worked at times because I knew how to make myself look more mature (also I would be their stand-in). I didn’t start doing solo stuff up until a year and a half ago. Now I have two demo EPs and am working on a legitimate EP that will be released on iTunes in the winter.

What can we expect from your next single?Ethereal pop with an analog feel. Mariah-meets-Massive Attack. Ephemeral entities whispering in your ear while a glacier crumbles between your feet, a blooming garden at twilight, or 60 minutes on acid. Very sensual and potent.

Are you influenced by Icelandic culture?Not really considering I don’t live there anymore. I’m half Lithuanian, which I spent more time in and growing up in a rainy town filled with beautiful lush trees, cobblestone roads, rivers and lakes filled with swans, and ancient cathedrals built on every corner as if they were a Starbucks really does a good job at turning you into a hopeless romantic. I dedicate my music to the people that stand alone. That play the game all by themselves. Singing has helped me stitch up the wound, but the scar is always remains. Scars are just battle wounds and they break you and bend you hopefully into a stronger person. My music comes straight from the heart and it’s for all of those hopeless romantics out there, as well as everyone, because everyone has that piece of them inside them.

What are your goals for the future?To create new limits and destroy them. To claw my way to the top by any means necessary. I’m basically creating a new genre, because the music on the next EP doesn’t really fit into any previous label or genre. I’ve been working on my music to be more accessible to the public, so people can relate. My upcoming, first real EP that is almost finished is targeted towards a wider audience. I’m just trying to make a name for myself and hopefully that name will be remembered. I also want to gear my music towards more feminist ideals because I’m tired of the industry pinning one female artist against another. I want to stand with women, not against them. I understand the double standards and all the bullshit that a female recording artist has to deal with in order to “make it”, and I want to eliminate those walls that stand segregating women from men.

What did your “Capsule EP” meant to as an artist?Capsule was a fun demo experiment. It was me, a musical virgin, trying to express myself and find my sound which took another demo EP to figure out. It was me getting away from acoustic instrument bands and into the studio, overwhelmed with all these options that exist in electronic music. I had so much fun experimenting with all these different sounds, like a kid in a candy store. Once it got released I got hailed as the “next Bjork” which angered me because I’m not the “next” anyone, I’m the first and last Yori.

What type art inspires you?

As much as I like complex things I like really simple things too. I’ve always called pop music to be like folk music because it’s the music of the people, the beauty of simplicity. For me you have to have both ends of the spectrum. When I have songs inside of me the only way to get them out is to put me in danger, but you can only do that for so long until you explode. A part of it is just about entering the unknown and not being stagnated. I think of music as this unknown thing that needs exploring. I pull most of my inspiration from the people around me. From those whom have left me and left a hole in my heart, to those who try to stitch up those holes. I’m very emotionally driven so the spectrum of emotions that I go throughout a single day definitely inspires me. You never know how you’re going to feel the next day. You might wake up feeling like shit, then walk over to the grocery store and bump into an old friend whom you haven’t seen in years and that might make your day. This spectrum of emotion is very important to record. But I’m at my best when I feel pensive and melancholy. The best is when I’m driving down the freeway in the middle of the night towards downtown and all the lights are flashing and I have my songs instrumentals playing, and that helps me come up with melodies and harmonies for it. Being by myself. Being with people, what people leave me with. I hope I’m getting through to you.

Thank you so much for interview. Do you have a message for your fans and readers?It’s not about the notes you can hit, it’s about what resonates with the people.