Everything Hayley Williams Has Taught Us About Life

It’s an undeniable fact that we’re a huge fan of Hayley Williams. The pop-punk-rock lead singer of Paramore has been a long standing inspiration for fans around the world and has forever maintained a public persona that oozes warmth, ambition, compassion, and talent. She’s packed a lot into her 27 years on planet earth and has… More »

#FBF – Hayley Williams Through The Years

It’s finally Friday! As we all sit back, relax, and plan for another stress-free weekend, let’s hit play on one of our favorite bands of all time – Paramore! While we’re listening to the sweet sounds of our #1 girl crush Hayley Williams just killing it, why not flashback on our ultimate style icon through the… More »

#FBF Hayley Williams In All Her Paramore Music Video Glory

Hayley Williams has always been a spritely little powerhouse. As front woman of Paramore and CEO of Good DYE Young, she’s kind of always slaying, you know? On yet another #FBF let’s reflect on some of Hayley’s coolest music video looks. From “Misery Business” to “Ain’t It Fun,” this seriously colorful style inspiration is all… More »

Paramore Is Getting Old. Hayley Williams Spills On Pre-Show Prep.

We’ve loved Paramore since their break out album Riot! and in concert, they don’t disppoint. Hayley Williams commands the stage with such verocity and electricity, you’d think…

Who Is Hayley Williams New BFF?

Who Wore It Better: Hayley Williams or Kreayshawn Who Wore It Better: Hayley WIlliams or Miley Cyrus 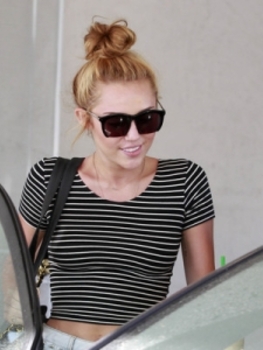 Who Wore It Better: Hayley Williams or Katy Perry Who Wore It Better: Hayley Williams or Katy Perry

Let me start this off by saying that I first saw Paramore when I was a teenager on one of their very first times in NYC. My…

I seriously have not been able to get “Stay The Night” out of my head. Everywhere I go I hear Hayley Williams‘ gorgeous voice over Zedd‘s crazy beats and it makes me want to dance…

Hot Or Not: Hayley Williams In Leather And Leopard

Hayley Williams is feeling ready for Fall with this outfit. The singer, 24, rocked this very…

Thought Blog: Women In The Industry

Yesterday, I read something so relatable and hard hitting that I felt a stronger-than-usual obligation to continue on about this subject. Lauren Mayberry of a fabulous project called CRVRCHES…

I want to share an amazing talent with you named Kota Wade. She is 1 of 11 girls in this girl power filled group called…

Can You Spot The Difference?