Jennifer Lawrence Is The New Face of Dior!

Remember last week when I told you Jennifer Lawrence is straight up killing it (in those exact words)? Well in not shocking news, I continue to be… 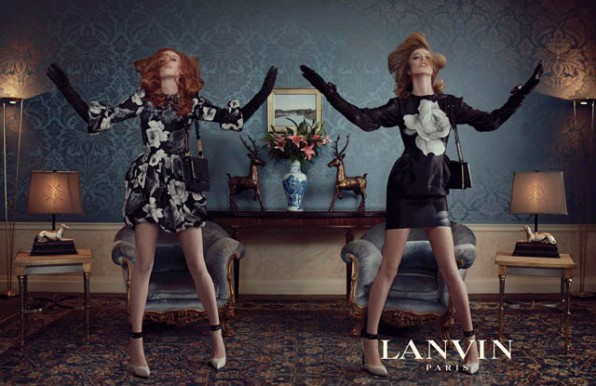 My friend and Audrey Kitching Los Angeles model Stella Rose is featured in the new Lanvin campaign! Between her and…

The boys of Honor Society are at it again with another creative mission!

Like many other independent artists, they’ve started their very own Kickstarter…

Buzznet, Where Would “53 Steps” Take You?

I just recenty saw this video by one of my new favorite artist Rachel Platten. You might have heard her singing the theme song to Jane By Design. Anyways, she has this song called “53 Steps”…

Lookbook: Charlotte Free Campaigns With Forever 21 (And The Clothes Are Super Cute!)

Who in the world doesn’t like free things? We do, and we’re especially digging this fresh-faced model, Charlotte Free, as the new face of Forever 21. Though the clothes under her campaign aren’t free, they’re quite fairly priced! From cute polka dot peter pan collared tops to multi-colored bottoms, be sure to see an even… More »

What do Tavi Gevinson and Cyndi Lauper have in common – other than that their names both end in i? Well, it seems that the unlikely pair are actually featured together…

As if hunkadelic James Franco doesn’t already have enough on his plate, he’s now added a new role onto his list of many talents. Though the 33-year-old jack of all…

Jeans: we all have them and the reality is that we probably have many pairs, some of which we don’t wear as well as those that we don’t…

While we anxiously await the 1984 Cabbage Patch Doll level frenzy that will fall upon H&M once their Versace collection is released, we can just sit back and take a look at their cool new holiday campaign. They’ve pulled out all the stops with top models like Abbey Lee Kershaw with her boyfriend Matthew Hutchinson,… More »

Bill & Tom Kaulitz posed for PETA several months ago, now I found now shots and they are simply awesome. Take a look!

Did you remember about this campaign a couple of months ago? Bill & Tom Kaulitz want animals out from circus and zoo and for  this reason they posed for this shooting.

In these last hours, two…

A Cause for Concern

Ray Ban recently did a guerrilla marketing campaign which utilizes guerrilla tactics to update the brand as new, consisting of printing out Ray Ban sunglasses and sticking them on random posters, statues and other… I’m in LOVE with Marc Jacobs’ SS11 Ad Campaign shot by Juergen Teller. It’s a return of the 70s, mixed with little bit Jodie Foster in Taxi Driver and Magenta from Rocky Horror.

Tokio Hotel twins Bill & Tom Kaulitz chained to a pole and smeared with blood in an ad for PETA, slaves of the entertainment industry. Bill said: ‘People should imagine, animals are…