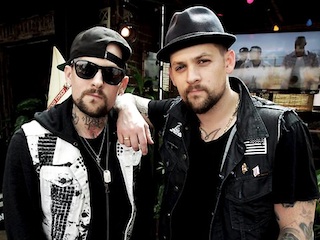 2012 is the year of the rock Christmas song, or so it seems. The Killers, Kids In Glass Houses, Lower Than Atlantis and Blink-182 are just a few of the alternative acts releasing a festive song this season. Now, Good Charlotte‘s Benji and Joel have decided to join in after announcing a charity single as part of their ‘The Madden Brothers‘ project.

The single is currently untitled, although a release date has been set for 17th December on iTunes. The duo tweeted to say that the song is in aid of UNICEF.

@JoelMadden: “Me and @benjaminmadden are releasing a Madden Brothers Christmas song on itunes 12/17 Gonna raise $ to give to UNICEF Happy Holidays :)”

Are you excited to hear The Madden Brother’s Christmas song?

Which alternative artist’s 2012 Xmas single is your favourite so far?