This is the last blog for a while about new pictures of Kaulitz twins filming DSDS.

Bill, this morning, wrote on BTK App they had a great time in Germany and they will be back soon, probably in November

By the way, even though I’m really really sad, I wanna leave you with two new pictures of October 20 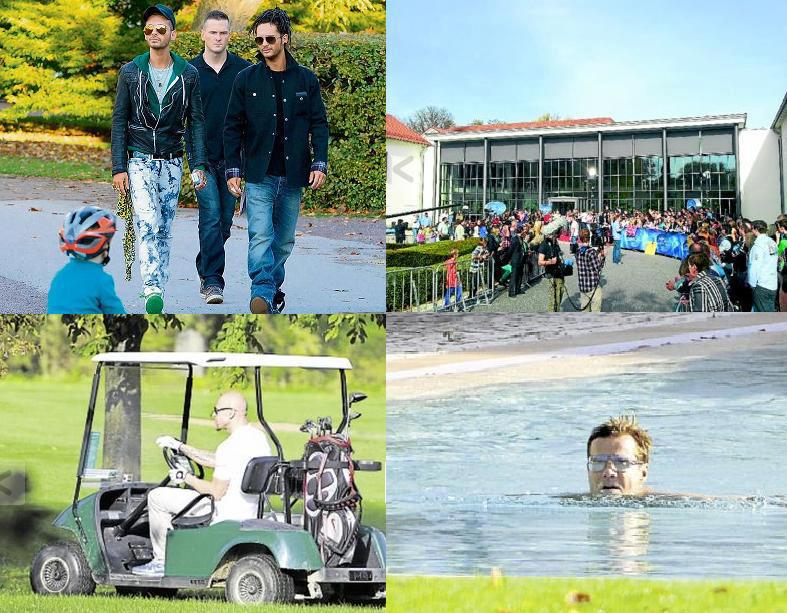 westfalen-blatt.de: Tokio Hotel and Dieter Bohlen on the set of “The Count’s Park”!

Stars and candidates are excited about the RTL’s show “DSDS”

The first “Recall” of ‘(DSDS) was recorded in Bad Driburg (Höxter). Location: the “Leonardo

The new jury with Dieter Bohlen, twins Bill & Tom from Tokio Hotel and Matthew the leader of Culcha Candela during the filming lived in Earl Park-Hotel & Spa. Both presenters Nazan Eckes and Raul Richter remain in the four- stars above. Dieter Bohlen took a few laps in the heated water pool right outside. Kaulitz twins, now living in Los Angeles, took a walk through the trees that are over 225 years old.

Matthew leader of “Culcha Candela” played on the nearby golf course with 18 holes. “The location here is just fantastic,” says Anke Eickmeyer RTL spokesman. “I liked him as both the hotel exterior, perfectly.” The new season starts next year. “Bad Driburg shoot will be on display in February,” said Eickmeyer in an interview with Westfalen-Blatt. Before the jury had begun with 75 candidates, the number was reduced to 35. For the film set was RTL advice of an architect. Eickmeyer: “Publishers have seen it all and were delighted. Spectacular weather has played it’s part to the fact that everyone was comfortable, even when we had to take a long way.

Extras who participated in the recording in front of the hotel entrance. No less than 200 fans, the cast of the region, the screams “Dieter! Dieter!,” Painted signs creating a suitable atmosphere for the filming of the arrival of the jury members and presenters. When they left the fancy cars, including cameras, recorded a distance including a helicopter and a drone, shot a mile away on site Glaskoch (Leonardo). Security guards surrounded the facility. About 20 young people still waited a few hours to catch a glimpse of the stars. “I’ve only seen briefly Dieter from behind as he got out of the car, no more,” said Jessica Radmacher (23). Her friend Jacqueline (25) was disappointed. “The Kaulitz twins had gone at least once to give us an autograph,” lamented the young mother.