Three For Free: Say Anything, Gorillaz And How To Get A Song Written About YOU

Despite all the financial doom and gloom, there’s good news for the music industry after Adele‘s “21” album spent its 21st week at Number 1 shifting nearly three quarters of a million copies post-Grammys in just one week – proof that music can and will sell. However if you’re not up for paying for your music (you frugal so-and-so), here’s some MPFrees. They’re legal and supported by the artists themselves so there’s no need for a guilty conscience BUT remember to buy albums when you can because not all artists move units like Adele.

Say Anything‘s new album “Anarchy, My Dear” is due out next month but to tide you by in the meantime, the six-piece have very kindly decided to donate teaser track “Burn A Miracle” to their fans via RCRD LBL. Cheers guys.

Forget about Blur’s controversial Brit awards performance and let’s take a moment to focus on Damon Alborn’s other musical project Gorillaz. The cartoon band have collaborated with Andre 3000 and LCD Soundsystem‘s James Murphy to create “DoYaThing” – it’s free too. 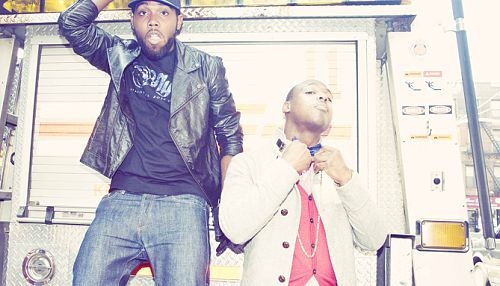 Riot !n Paris are currently uploading one free MP3 every single day but there’s something extra special about them. Every song is custom written about lucky tweeting fans who use the hastag #RiotTrackMe. The boys are surfing the internet, cyberstalking the social networks of web-users and writing tracks inspired by fans’ Twitter timelines. If you’re interesting enough, they might just write a song about you too if you ask nicely.

Which is your favourite digital freebie?

Will you be tweeting Brooklynites Mercy & Pete hinting for a personalised song?