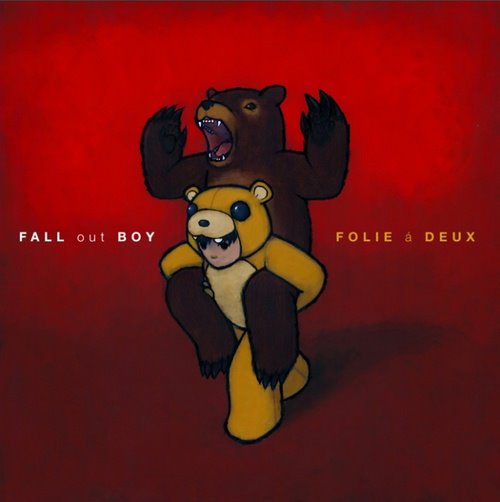 Today, December 16th 2011, Fall Out Boy’s fifth studio album celebrates it’s third birthday. It’s original due date was November ’08 but after deciding to stay in the womb a little longer it changed star sign making it a Saggitarius.

Irrelevant astrological references aside, Folie à Deux turns the not-so-big OH-THREE today – and sounds just as fresh as ever. From the hidden Lullabye to the closing ‘West Coast Smoker’, this album proves that FOB were never a ‘FAD’. And even if – dare I say it – this turns out to be their last, they ended on a high note. Despite not being FOB’s best selling album, the release still reached Platinum status in Australia, Gold certification in USA and a respectable Silver medal in the United Kingdom and charted in no less than 18 different countries.

Here’s just one tip for improving next time (if there is one), Fall Out Boy, don’t name your album in French if you can’t pronounce it. It’s Folie à Deux, not Fo-lee a Doo.

Can you believe FAD is three years old?