It’s Your Birthday: An Ode (Not Really) to Mike Judge

And that’s all I have. Anyway, today is Mike Judge‘s birthday. If you don’t know who this person is, he is responsible for some of the greatest things ever. In no particular order, some of those things are Office Space, King of the Hill, Daria, and Beavis & Butthead.

Apparently, Mike Judge is a genius. According to his Wiki entry, he has a degree in physics. He was also born in Ecuador, which is pretty cool. Here are some of the things that came out of this man’s brain and into your living room:

Beavis aka The Great Cornholio

I can’t tell you how many times I pulled my shirt over my head and demanded T.P for my bunghole and said, “Are you threatening me?” Beavis is my favorite. We both love fire and get very excited really easily.

I think if I were a teacher, I would probably be this dude. That’s why I don’t teach. I would mean well but I’m pretty sure I would ruin generations of children with my earth loving insight and what not. I also don’t have his patience.

Sometimes, Mr Van Driessen would bust out his acoustic guitar and play the “Fly with me, lesbian seagull” song, which was the best thing ever. I still sing that to this day.

Daria is awesome because she kind of hates everything. Her sister is annoying and talks weird. Daria’s BFF is named Jane and her brother is named Trent and he’s in a band called Mystic Spiral. Daria has a crush on him and you would too because he’s the best.

Daria started as a character on Beavis & Butt-head and later had her own spin off show. Most of her show was her just being awesome and cynical and what not and that’s why it was awesome.

Pretty much this is Yasi.

King of the Hill

King of the Hill is amazing. It’s strangely insightful and hilarious. It was one of the longest running animated shows and if my dad sold propane and propane accessories, I would be a less comedic version of Bobby Hill.

I can’t tell you how many times I’ve actually said that.

If you have a job that you hate but work at anyway, this job is for you. It is responsible for one of the greatest memes ever and my first LoLcat: 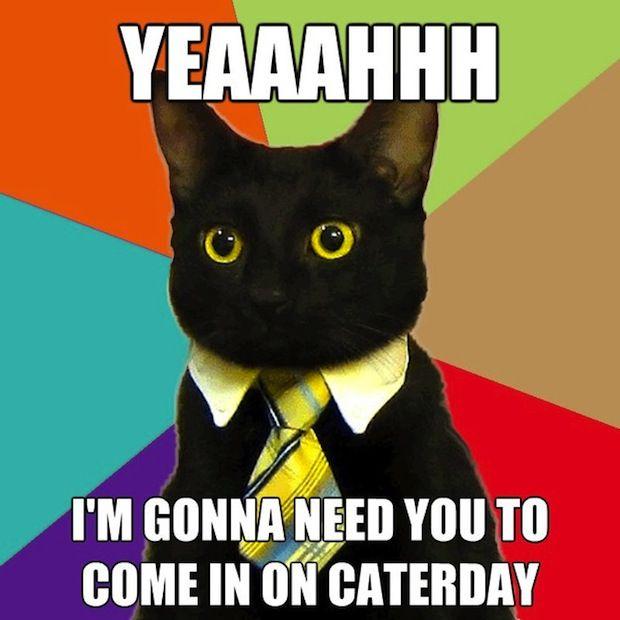 Thanks, Mike Judge, for making us laugh at life and ourselves with your strange sense of humor. Happy Birthday dude!

PREV
See All Slides
NEXT
Next Article
Next Article
Tags: beavis and butthead, daria, king of the hill, mike judge, office space, popculture