Since it’s our job to be on the internet all day, the least we can do is share its treasures with you, right? Take a magical journey with your friendly Buzz Guides as they sift through the nose that is the internet and pick the biggest winners that won’t come off their fingers. This week, El Rich brings you How To Destroy Angels, AMC’s Walking Dead, and a printer made out of Legos.

How To Destroy Angels is fronted by Mariqueen Maandig and backed with music created by her husband, Trent Reznor. Both are each accomplished musicians in their own right but have joined forces to create something that is familiar and yet hauntingly unique. Atticus Ross also joins in on the musical shenanigans. He has worked with Reznor on previous Nine Inch Nails albums.

This passed week, HTDA released their self titled EP. It is currently available for free and you can pre-order it here. Previously released tracks were “A Drowning” and “The Space In Between,” for which there is a video.

The Space In Between –

This video is intense.

The plainness of the opening beat is on par with the plainness of the setting this video begins with: a hotel corridor. We are led into a room where something has happened. Maandig’s line, “All the blood, laying on the floor” is exactly what you are looking at. A woman sits on the floor at the foot of a hotel bed as the camera pans up slowly. Her face is streaked with blood as a man lays beside her in a pool of congealed red.

In the room are another man and woman. When the man isn’t busy letting the sink overflow, he’s sitting in a chair, watching TV and having the air of indifference fill his lungs as he inhales his cigarette. The woman seems oblivious to the scene that has unfolded before her and flaps her gums into the hotel phone just as another scene begins.

The song slowly starts to crescendo as more of the scene is revealved. The sheets of the hotel bed are soaked in the bloody, brownish-red that only brain splatter can create. A candle slowly lights the room ablaze. It creeps and crawls across the scene and the wall of sound from the accompanying song rises higher and higher. Soon, the flesh of the woman starts to char, the bed is engulfed and the fire swallows whole the man on the floor.

This movie is all about foolish mortals playing God in their science labs. I hardly ever get excited about movies but I like things where people die en masse due to their own hubris. Splice stars Adrien Brody and Sarah Polley as two young scientists that are renowned for their ability to blend the DNA of various animals to create fun, new hybrids such as this: 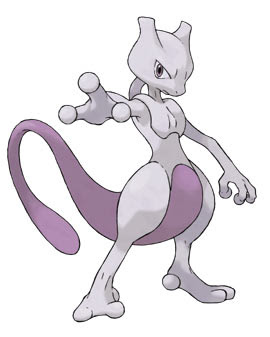 The plot thickens when our scientists dabble in using human DNA in an attempt to create something that Mary Shelly would be proud of. It turns out that the pharmaceutical company that funds their research frowns upon the use of human DNA for experimentation. You know, because it’s all illegal and an affront to nature and stuff. We can all guess what happens next, am I right? They do it anyway! Hooray!

Turns out that our science mates decide to conduct this mixing of DNA on their own and in secret. Soon, what we think is an advancement of science quickly turns into people being dead by the hybrid known as Dren.

How are babby formed? In a lab, duh!

Not only do I want to take an axe to this things face, but that’s exactly what it already looks like.

To find out what happens next, you’re going to have to check out this movie for yourself. Don’t let Adrien Brody’s Broody McMelancholy-ness and “Oh noes what have we done?” lines affect your desire to not see this film.

I know, I know. This isn’t out yet. However, I give you the following photo:

The Walking Dead, if you didn’t know, is a comic series by Robert Kirkman. It’s about a group of people that join together in world over-run by zombies to survive. There’s plenty of head chopping and character development to keep everyone entertained.

I totally want to lick their faces. The series is due to be released in October for AMC’s FearFest. I can hardly wait until this comes out. EXCITED!

On a shameless self plug note, I have a Walking Dead tattoo because I’m lame –

Thanks to someone not replacing a battery or something on a hatch, large amounts of oil are spilling into the Gulf of Mexico. This, of course, is really nothing to do a LuLz about. 🙁 BP Global, the purveyors of fine gas stations everywhere, have managed to put the lives of countless marine animals into the arms of Death and the livelihoods of many at stake.

Since many of us can’t stop what we’re doing and run to wash off oily pelicans in the gulf region, we are left to watch the events of this disaster unfold. One way that we deal with this is by using humour to wrap our heads around this ecological travesty. Thanks to the folks that created this bogus BP account, we can do just that.

This, plus many other Tweets are available for your viewing pleasure @BPGlobalPR

Dear Whomever Made This:

Please meet me on the astral plane and marry me NOW! Build for me a house made of Legos and never leave me, lest the joy in my heart should wither and I become a soul-less husk of a man. If more things were made of Legos, I’m pretty sure the world would be a more awesome place and there would be no wars ever because no one is afraid of Lego bombs. That’s like, the greatest fun-splosion probably.

I know this printer is all slow and stuff but it’s way better than anything in the office I work in, so rejoyce in the awesome that it has given to you.

That’s all folks! Stay tuned till next week’s Buzz Guide knocks your socks off!